One of the many fine music clubs located on Frenchmen Street in New Orleans. Its on a strip of about 15 venues that play music of all genres (although the main draw is jazz, of course) from the afternoon until well into the wee hours. This area has such an electricity to it. It’s perfect. It must not change! 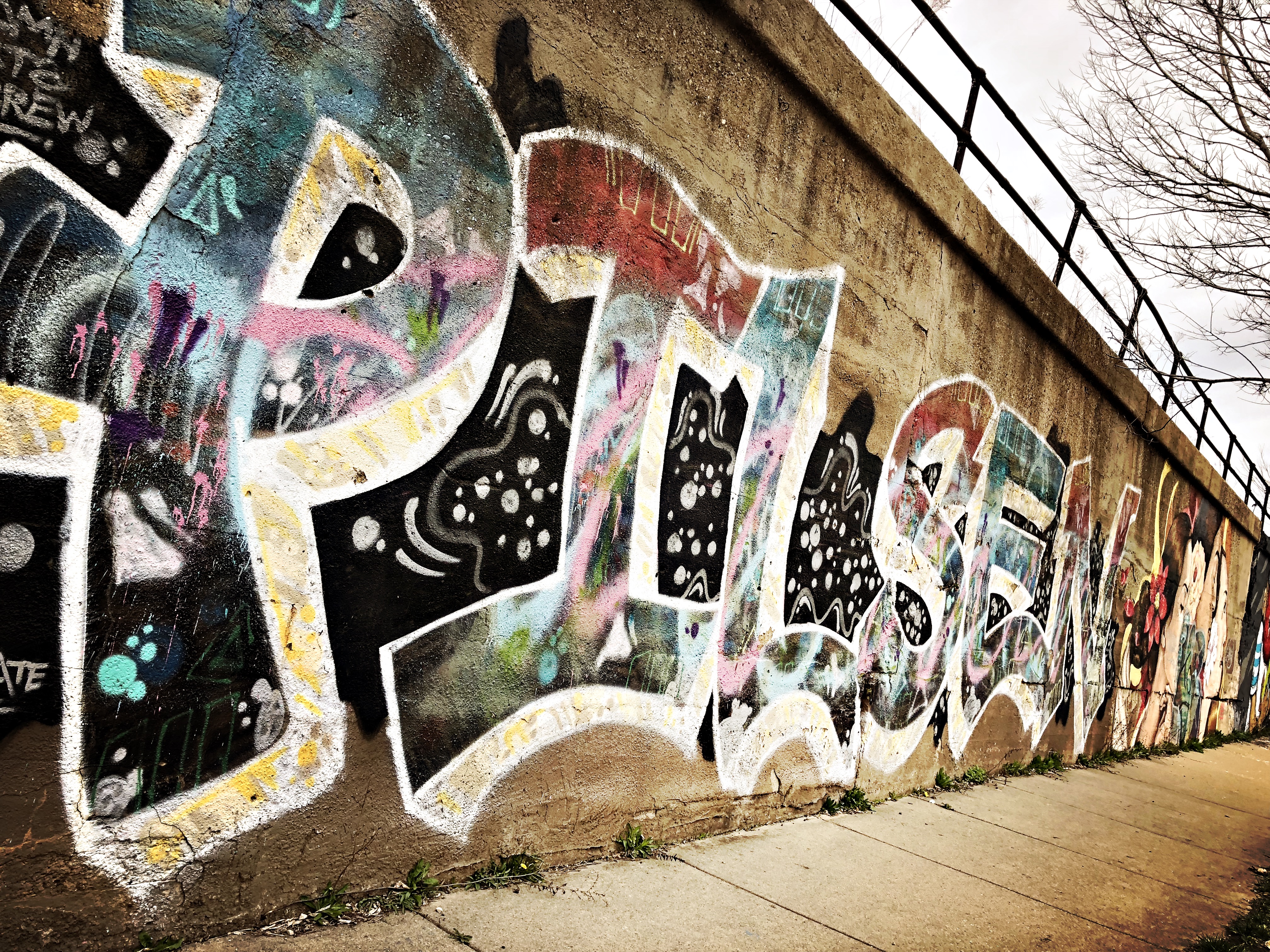 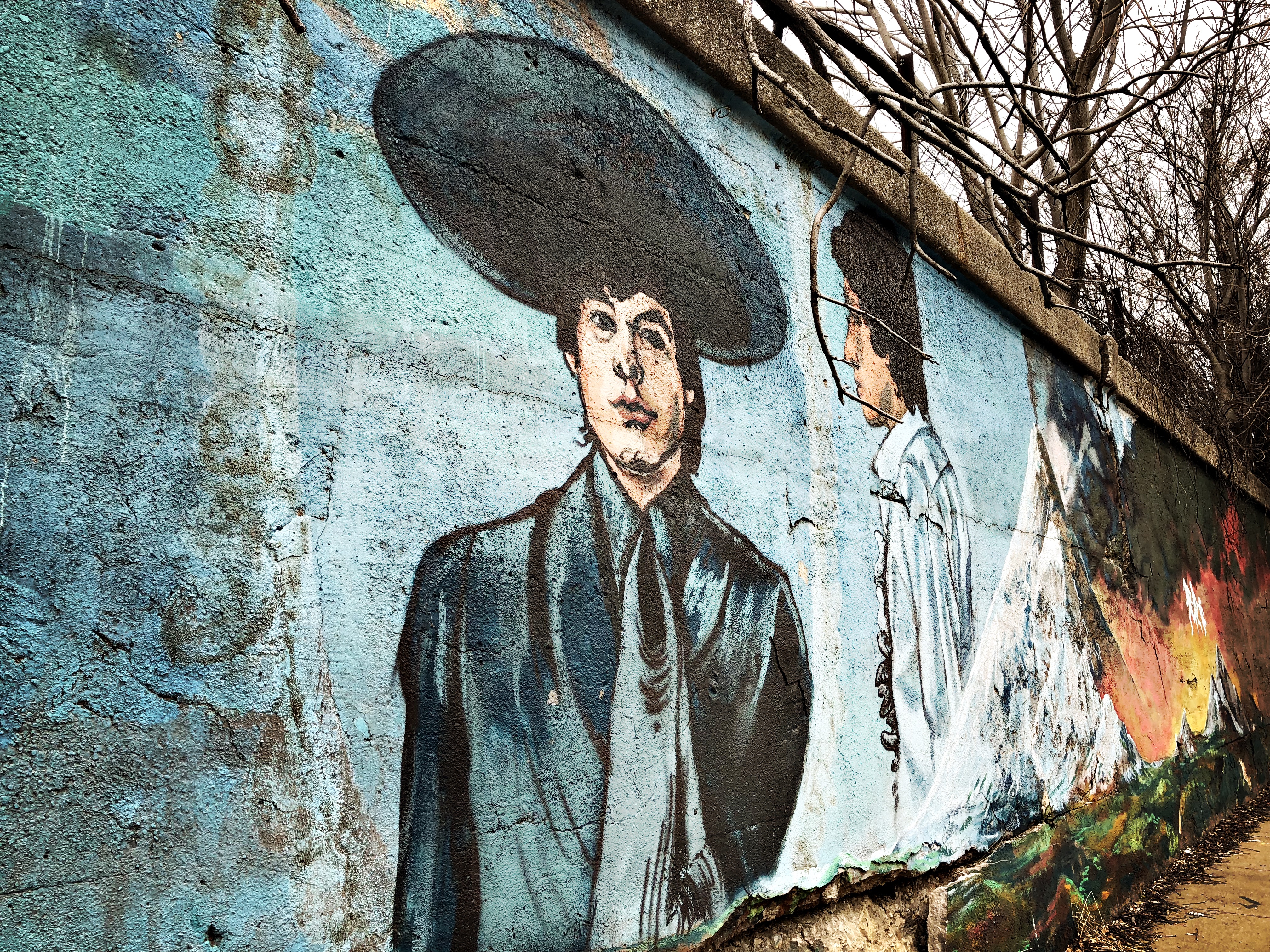 The first in a series of photos I took while visiting Pilsen. I’ve been to this Near South Side  (of Chicago) neighborhood a lot recently. It’s rich with Mexican heritage. Murals are everywhere and they all tell stories and speak loudly. 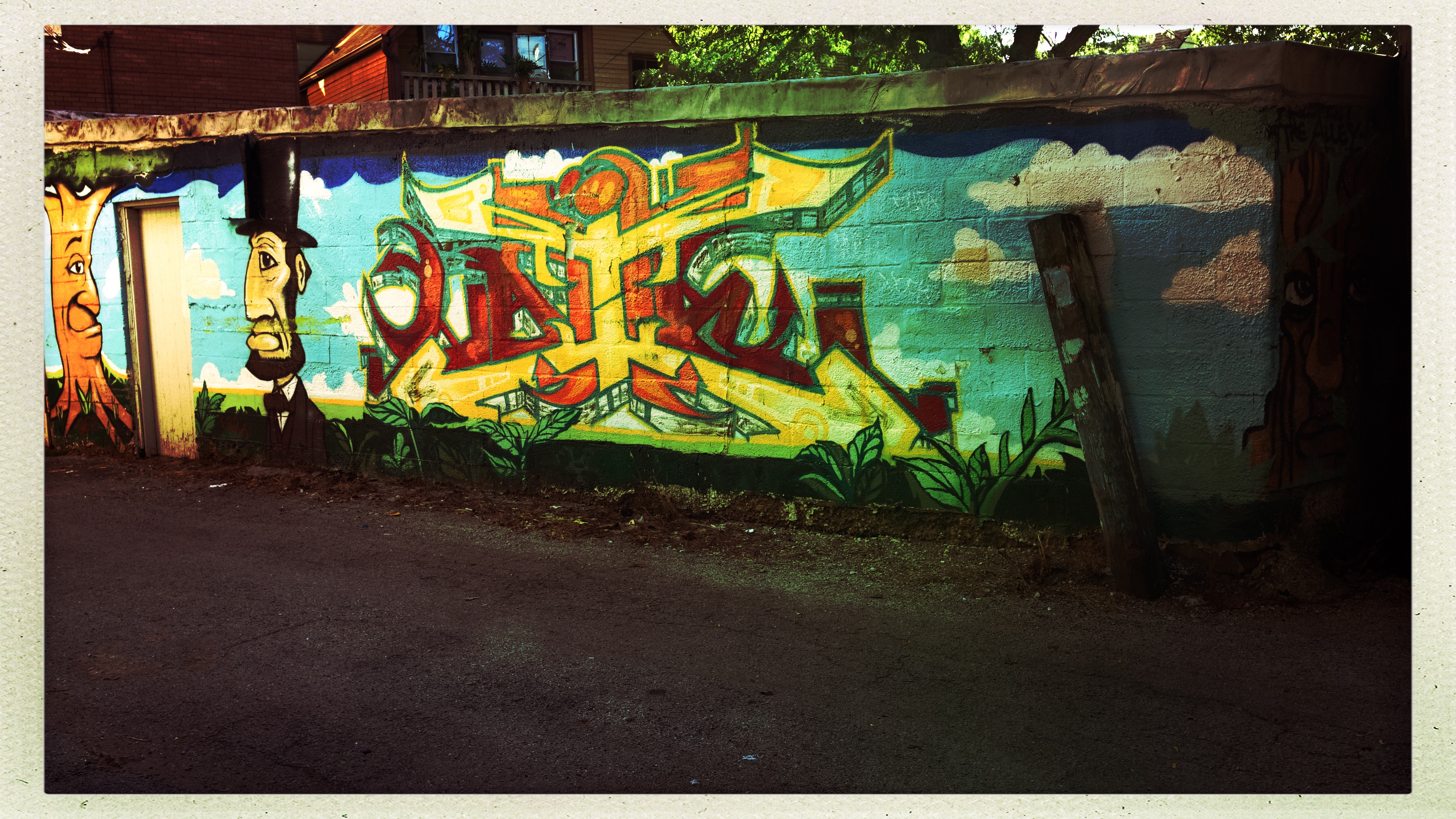 Saw this while heading to the Western Brown Line stop. I was messing around with Hipstamatic at the time. It reminds me of some of the cross-processing experiments I did back in the 90’s. Cross Processing for those who don’t know is where you would shoot color slide film and then have it processed in C-41 color print film development. This rather rogue method would create exaggerated contrast and color shifts to the images. 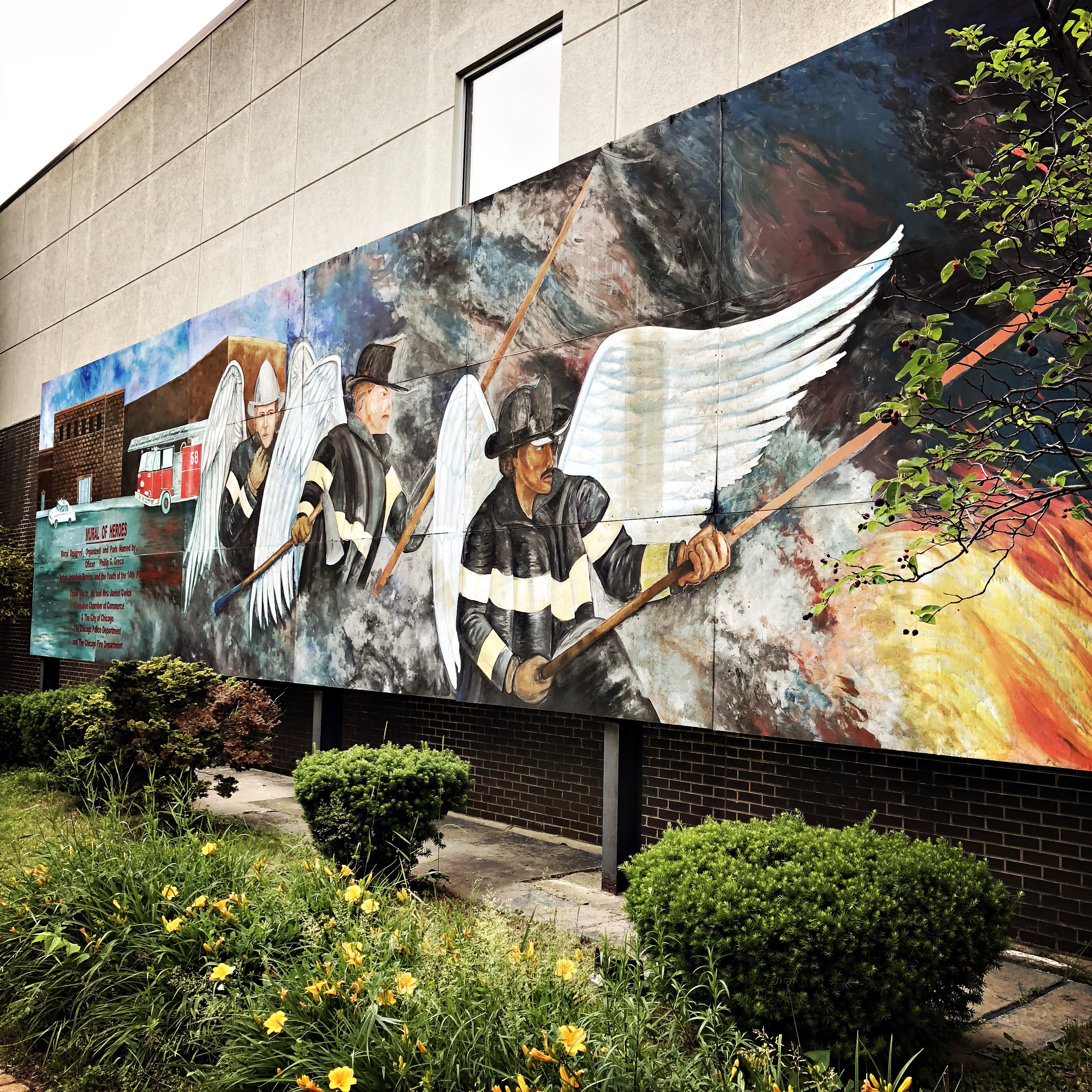 So about twenty five years ago, the former LaSalle Bank had a mural depicting a tragic arson fire where three firefighters lost their lives. It was a huge mural and was magnificent. Then, sometime in the late 90’s to early 2000’s, Bank of America said it needed remove the mural due to weather damage. In response to the outcry of taking the original away, the bank commissioned some artists to remake the mural on a billboard away from the bank’s wall. The newer mural, although a close copy, does not quite live up to the original’s emotion and grace. 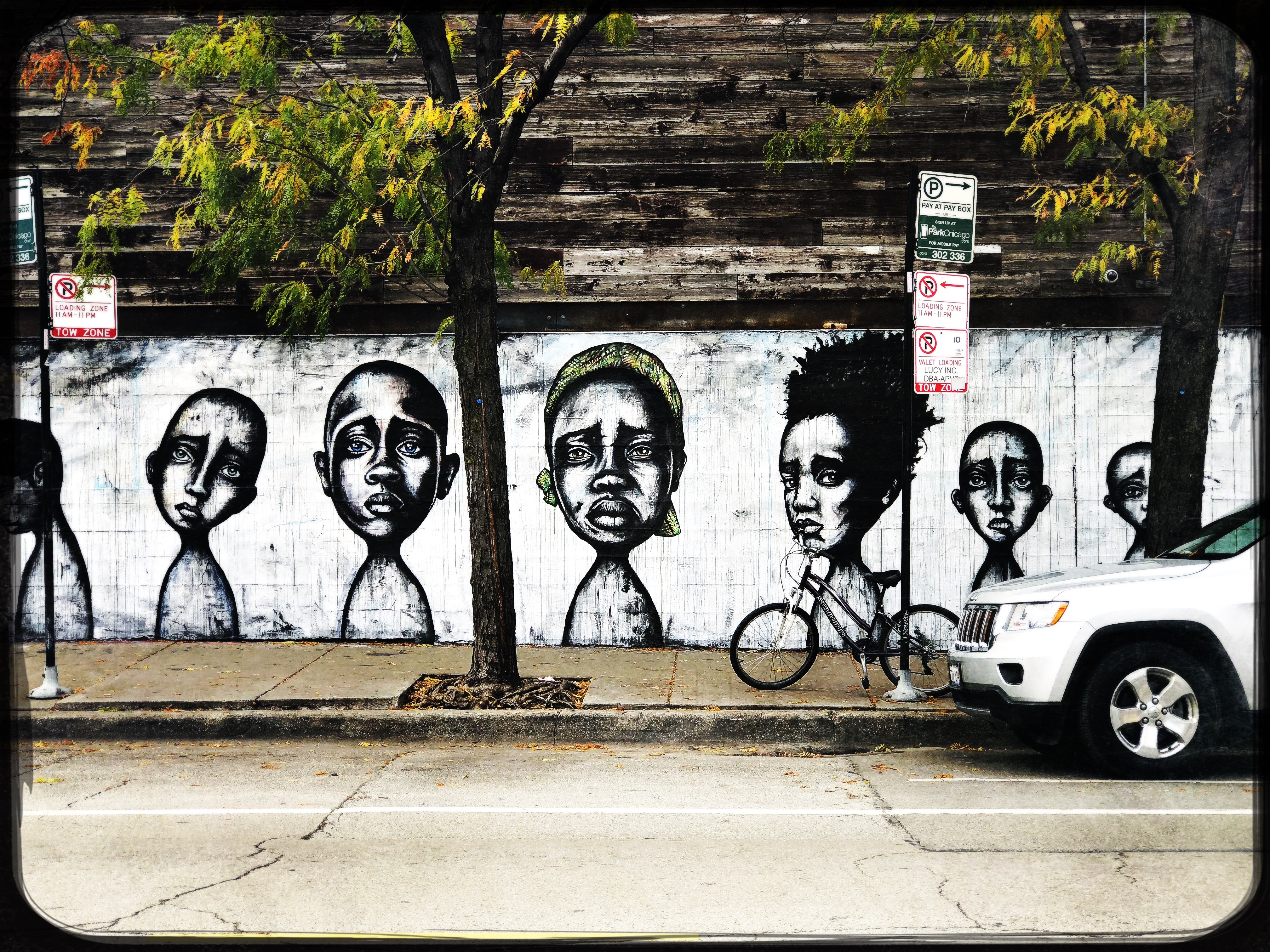 I found this mural striking. I was walking up Damen Avenue one fall afternoon and stopped in my tracks. I took out my iPhone and captured this. It wasn’t until later that I realized what a strong image it was. 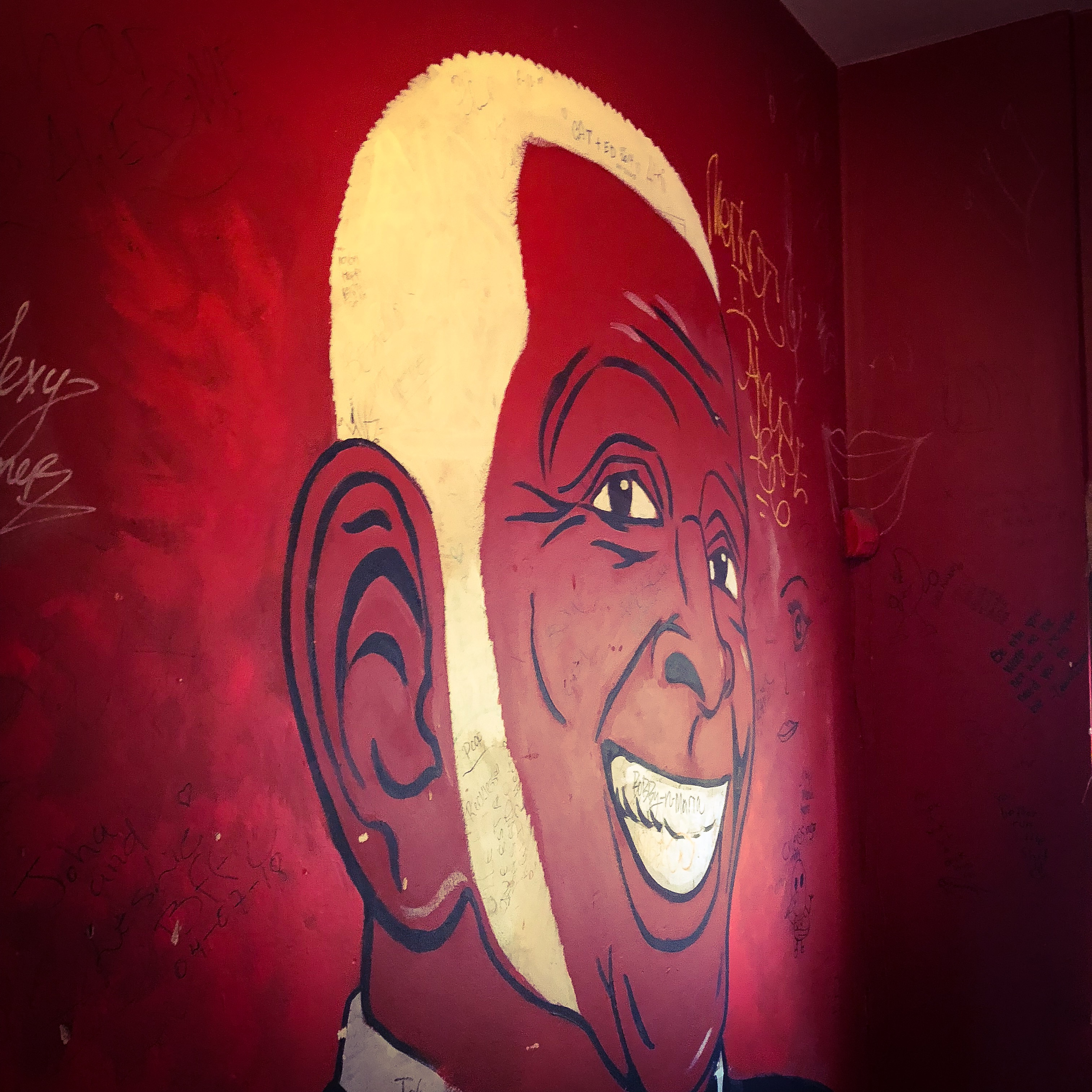 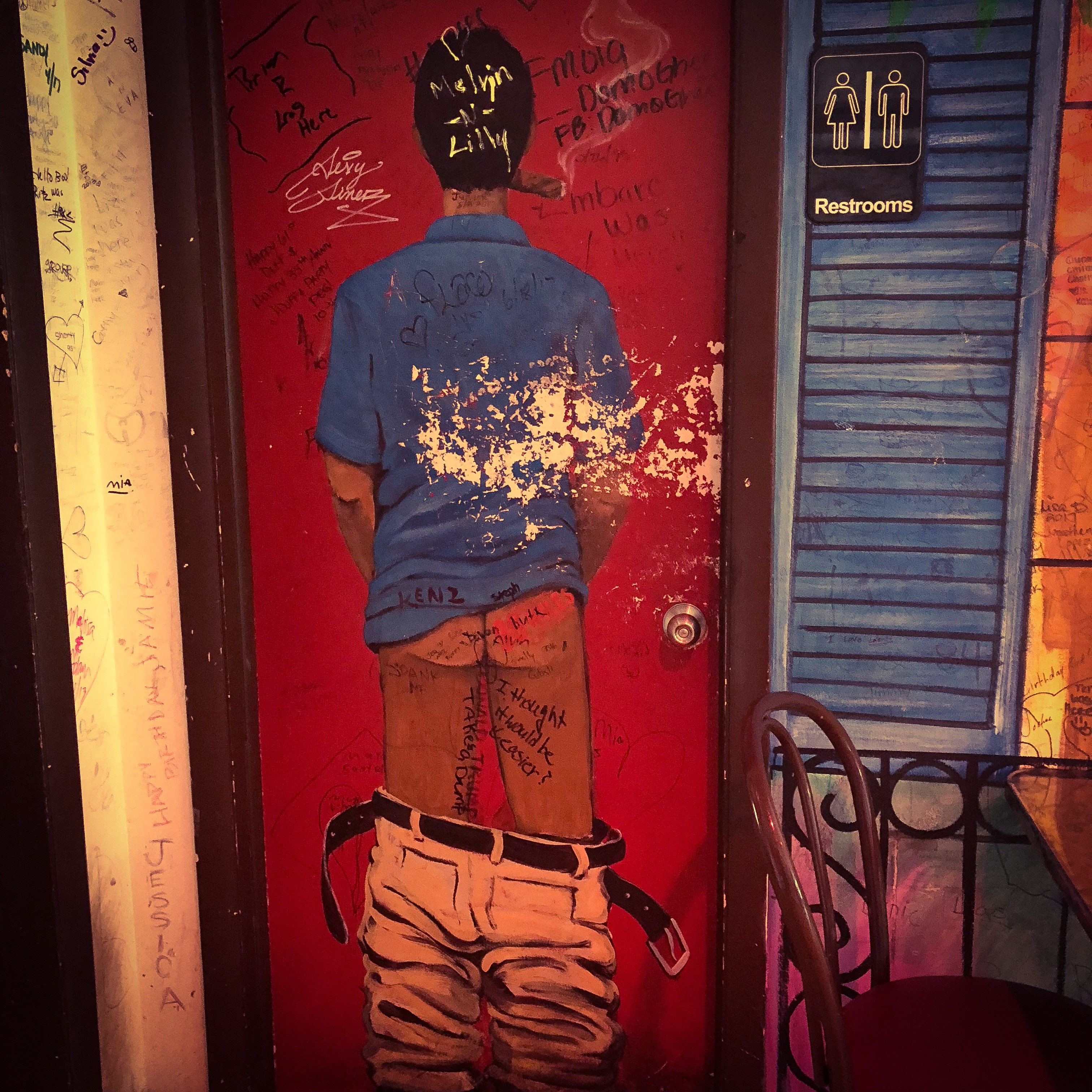 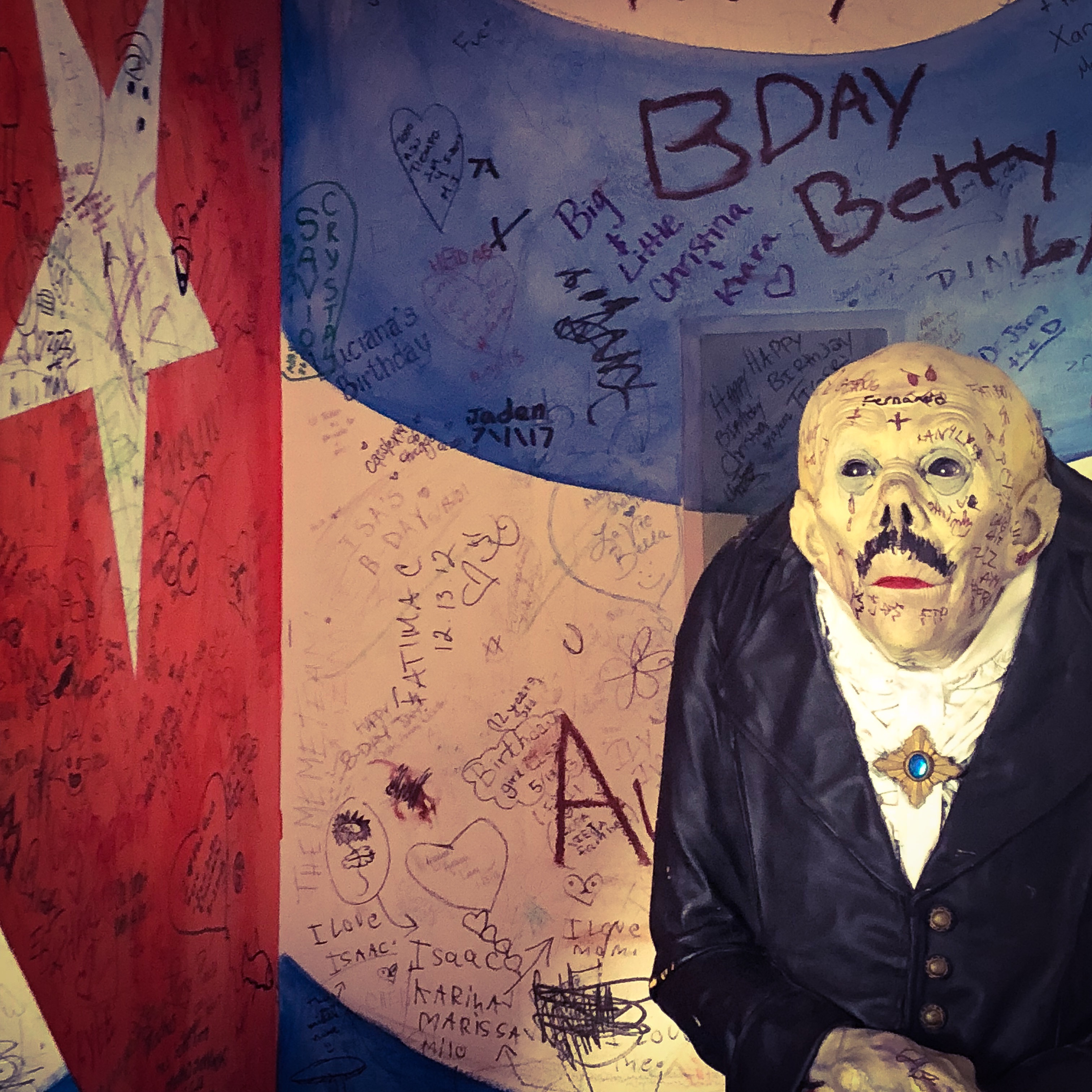 I love 90 Miles Cafe. It has a great atmosphere and it has great Cuban cuisine. When going to use the restroom, you have to cross the dining area into an adjacent house which has extra seating and the restrooms. I stumbled upon some great murals when entering. I almost missed the life like statue if not for the employee (who was on a break at the time) pointing it out to me. 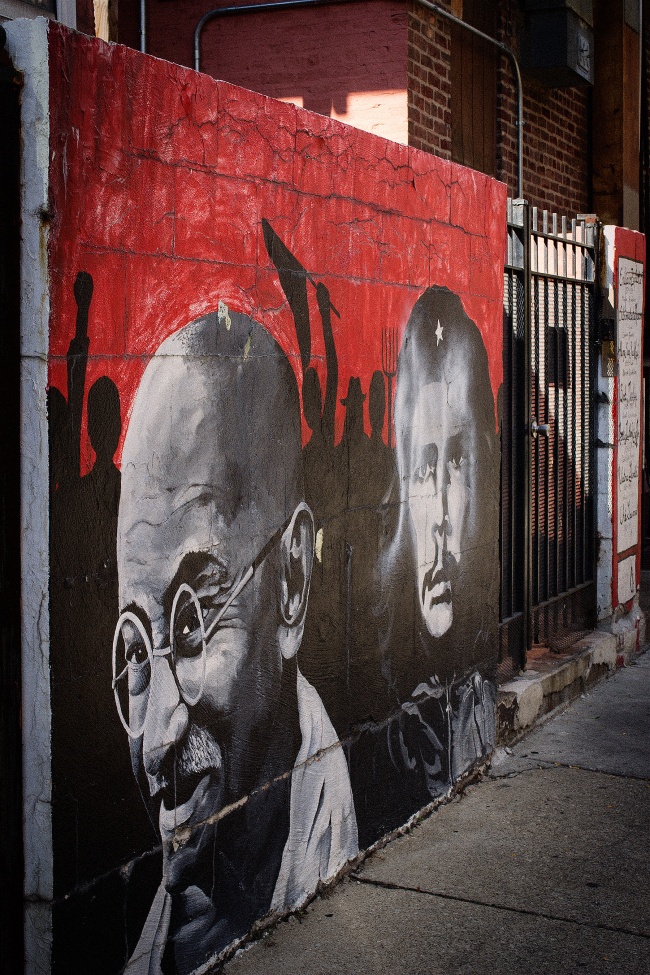 Every so often I find a mural that really makes me take notice. This one in Wicker Park is one of those. Extremely well done. 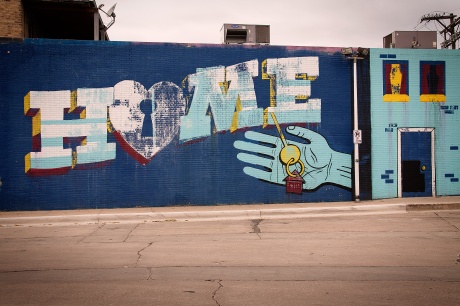 There’s no place like it. This mural greets me every time I’m about to board the bus to head home. 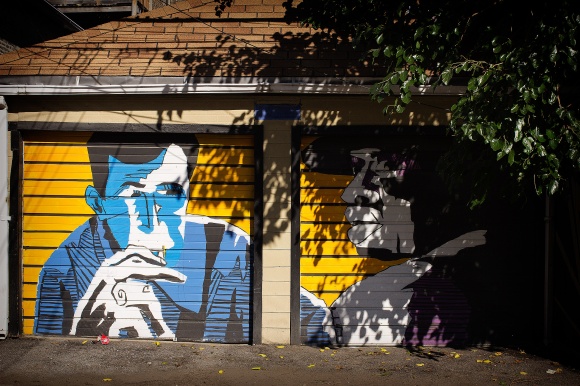 Walking around the city, you encounter the coolest shit sometimes! For instance, this garage just behind Milwaukee Avenue in Wicker Park.